City share-house rents eat up most of Newstart, leaving less than $100 a week to live on

In all Australia’s capital cities, average share-house rents in the inner suburbs (where jobs are concentrated) leave people without enough money for food and other basics, new research shows.

This research, for a forthcoming report by the authors, proves there is a rental housing crisis for people on Newstart (and other low-income earners) everywhere in Australia.

The analysis was based on Real Estate Institute of Australia (REIA) data, using common indicators such as housing affordability and stress. Housing stress for people on low incomes is defined as when rent costs more than 30% of their income.

Read more: Private renters are doing it tough in outer suburbs of Sydney and Melbourne

For example, the dataset for Victoria (the third-most-expensive rental market and broadly representative of the nation) shows rent for a share house in Melbourne averages 70% of income for a single person receiving Newstart (A$277.50 per week) and Commonwealth Rent Assistance (A$45.74 per week). This leaves people with A$98 a week to live on. That’s less than half the A$216 a week that experts calculate is a healthy base level of income for a single unemployed person.

After paying rent, people on Newstart have just A$14 a day to cover food, utilities and the costs of job seeking such as mobile phone plans and travel cards (A$4.40 a day in Melbourne).

While it was assumed rent for people on low incomes eats up much of their benefits, this analysis shows just how bad the situation has become in all capital cities. It is worst in Sydney. As the chart below shows, median weekly rent in Sydney is A$550, which when split between two renters amounts to A$275 each. This leaves a renter on Newstart with the princely sum of just A$48.24 a week – A$6.89 a day – to live on.

Read more: Tracking the rise of room sharing and overcrowding, and what it means for housing in Australia

What about living in cheaper areas?

Another worrying aspect of the data is it suggests high rents are compelling people on Newstart payments to relocate from inner cities to the outer suburbs and satellite towns with worse labour markets and higher transport costs. And even in these towns, the data paint a bleak picture.

In Victorian regional cities like Bendigo and Ballarat the rent for sharers exceeds the commonly accepted 30% benchmark for housing stress. Here they would be paying A$130 a week – almost half their Newstart payments. With Rent Assistance, that would leave them with A$192 – still A$24 less than the healthy benchmark.

There are only two regions in all of Australia where single unemployed people would have any hope of meeting rents. These are northern Tasmania and outer Hobart, where the youth unemployment rate is 16%. You can add about another 10 points to the unemployment rate to get a real sense of the challenges of getting jobs in these places.

So what is affordable for people on Newstart? For single people receiving Newstart and Rent Assistance, share-house rents would have to be A$87.

While the table below shows A$97, that would be the affordable rent if maximum Rent Assistance were paid. But it does not actually kick in until weekly rent exceeds A$61. So low-rent places do not attract as much of a subsidy from Rent Assistance as higher-rent properties.

This points to the need for Rent Assistance to kick in at a lower income point. It also needs to be increased to avoid housing stress.

The federal government’s response to this kind of evidence always relies on an argument that Newstart is intended as a “transitional” payment. The unemployed are told they should “get a job”.

But it is very clear this is not as easy as it sounds. That is because there are increasing numbers of people on Newstart with disabilities and over 55 years old – the majority of long-term unemployed are now mature-age job seekers.

There are also far more applicants than job vacancies. It’s worse in regional areas where there are fewer jobs to begin with.

Many welfare agencies are preparing submissions to a Senate inquiry into Newstart and related payments in time for the September 30 deadline. These submissions are expected to contain even more compelling analysis showing it is impossible to survive on Newstart.

The Australian Council of Social Service (ACOSS) and several other agencies are demanding that Newstart be raised by at least A$75 a week. Even this badly needed increase will not fully alleviate housing stress, which is the main cause of homelessness among low-income people.

Read more: Homelessness soars in our biggest cities, driven by rising inequality since 2001

Share this article
Like this article? Did you know you can purchase this article and use it on your own real estate website blog, social media or include in your email newsletters? Get in touch and find out how you can get up to 3 new articles a week to use in your email and digital marketing. Keep your clients up to date with the latest property-related news, market commentary and analysis. To find out more, go to our contact us page and enter your details to get started today.
Renters Beware: how the pension and super could leave you behind For renters, making housing more affordable is just the start 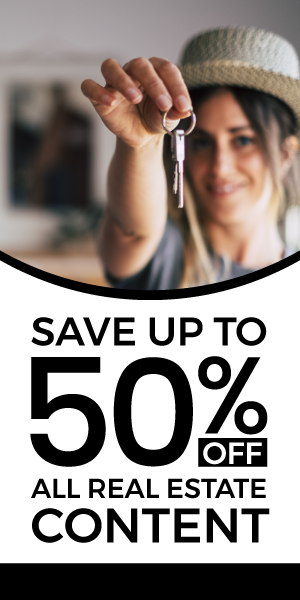